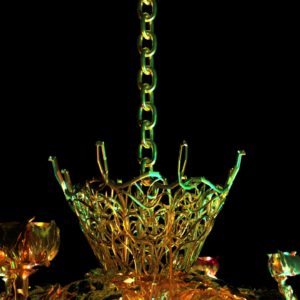 Resume posted by George in Generalist.

I am an animator and VFX artist, with a background in film production and project management.

National Centre for Computer Animation, Bournemouth University (Digital Effects MA) Merit 2018-19
Studying Visual Effects with 90 percent of studies based on practical work. Using Houdini, Nuke and Substance Painter I focussed on 3D procedural modelling and the integration of artefacts into live action backplates. I spent much of my time developing my skills as a technical director, managing projects and groups of people in order to create high quality work.

University of Worcester (Animation and Digital Film Production – BA Hons) 1st Class 2014-17
Final year dissertation: Exploring a range of visual effects techniques to determine how best to create a vision of the afterlife in cinema. Working closely with actors and technicians, I was responsible for producing various short films and animations, enabling me to develop my management and interpersonal skills even further.

Lazareth Productions (Videographer) 2006 – 2014
Working with local artists and businesses I would film or animate short films to promote their own particular brand to the wider world online. Mostly self-shooting, I would work closely with my clients offering regular updates, visual material and rough cuts to gain feedback and to make sure they are happy with the work as it progresses. This role was on going and often coincided with other work I have taken on.

Flint TV (Videographer/Editor) August 2013 – July 2014
Self-shooting adverts for local companies’ in Norwich, I was responsible for working closely with clients to promote their brand to gain new customers. I worked closely with the producer discussing the expansion of our potential client base.

Norfolk Community Bridge (Events Manager) November 2012 – July 2013 My role was to organise, advertise and run fundraising events. Creating posters, video content and flyers was key to the advertising of the events, as was a keen social media campaign using teaser trailers and artwork to keep the momentum going. I was responsible for meeting venue owners and artists, as well as liaising with sound technicians and volunteers, whilst also adhering to health and safety regulations and licensing laws.

Videojug (Videographer//Editor) August 2011 – July 2012
Working in a fast-paced studio or on location, I would be shooting twenty short video tutorials a day, and was responsible for the camera, lighting and sound. Working closely with the director and the presenter, I would film, and assist direction and give notes on pick up shots where necessary. In the editing process I was responsible for making sure each video met with the company’s branding and that the editing style was consistent throughout.

Life Through A Fresh Lens Ltd (Project Coordinator) January 2010 -February 2011
Expanding on their client base, I developed strong working relationships with various housing associations across Norfolk, including Space East, The Leap Project and the Benjamin Foundation. I directed, shot and edited various documentaries for these and other housing associations, enabling them to achieve over fifty thousand pounds of funding for the following year. I was responsible for project reports and budgeting, and meeting new and prospective clients to discuss projects. Alongside this duties, I prepared and delivered video production workshops for vulnerable adults and mentored young vulnerable adults in the craft of filmmaking, enabling them to develop transferable skills that could be used in everyday life.

Five Strangers Productions (Videographer) February 2008-July 2008
Working closely with the director, I was responsible for shooting a documentary about Bendetta Ciaccia, a young woman who was murdered during the attacks on the London transport system in 2005. Working in London and Rome, I filmed interviews with survivors of the attacks, their families, and of Benedetta’s friends and family. The film had much interest from Channel Four and was picked up by Romauno, Italy’s lead television broadcast channel. It was well received and praised by survivors of the attacks and the families of those who died.

Gentlemans’ Agreement Media (Producer, Director) July 2006 – July 2008
As founder of this company, I engaged with a short business start-up course and achieved funding from The Prince’s Trust. My role was largely focussed on producing and project management and reaching out to new artists to expand our clientele. This role also led me to start a bi monthly film showcase, screening local film makers and animators work.