Navigation
» animation jobs » What does a Storyboard Look Like? 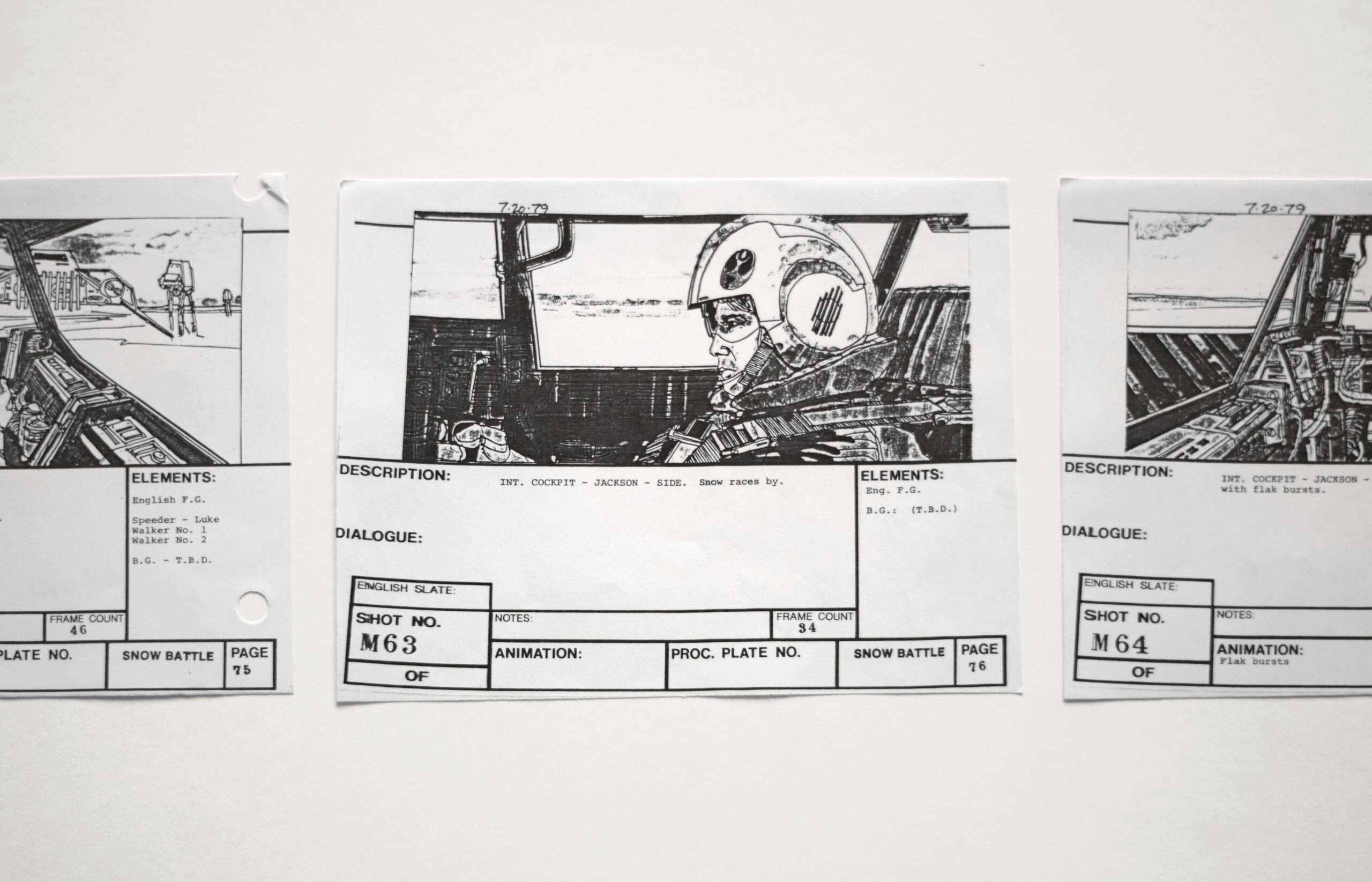 So what does a storyboard look like? Storyboards are a visual tool that storytellers use to communicate the intended message of their story. They provide a mechanism for communicating complex ideas and complex stories in an accessible way. They also help ensure that the details of your story are communicated clearly and consistently.

Storyboards are commonly used by writers, filmmakers, animators, games designers, comic book artists, producers, editors and performers to visualize their stories before they’re written or recorded. The images on a storyboard typically show what characters say, what events happen and how those events progress from one scene to the next. Check out our blog post on How To Draw Storyboards if you’d like to learn more about this process.

Traditional storyboards typically consist of a horizontal timeline with scene cards. The cards are typically contained in a series of boxes that are wide enough to show each individual panel on the card. Some storyboards will also include text written on the panels to clarify what happens in that particular panel. A traditional storyboard can be an effective storytelling tool for many stories, especially those requiring multi-page sequences.

It’s often used for comics, television and feature film scripts because it helps writers visually communicate how the story will change from one scene to the next. The disadvantage of traditional storyboards is that they require a lot of time and effort put into them by the artist and writer. They take a lot of time to construct, which can make them costly when you consider their laborious process.

Storyboards are intended to be displayed with thumbnails. A Thumbnails storyboard are the images that appear on the left-hand side of a storyboard and typically show what a character says, what event happens and how those events progress from one scene to the next. When these thumbnails are in place, audiences can see the full image when it’s clicked on.

How does a Director use a Storyboard

A storyboard is an important tool for a director. It helps the director understand the flow of the film and communicate that to the cast and crew. A storyboard also allows the director to keep track of where each scene goes, as well as where each character is in relation to one another. The storyboard also lets them know what shots will be needed and what shots are already established in order to help make sure that everything is aligned with expectations.

Visualize Your Script with a Storyboard

Before you start writing your script, you might use a storyboard to visualize the events of your script. How will it begin? What will happen next? What sequence of events should be followed? You can lay out the script using storyboards and create an empathetic connection with your audience. A storyboard also makes it easier to work on multiple drafts without losing track of the overall plot. This is because with a storyboard, you’ll know exactly what elements are needed for each scene or section in order to progress from one part to the next.

An important visual tool to develop any animation feature, they don’t have to be master pieces but they need to be understood, followed and executed for the audience.