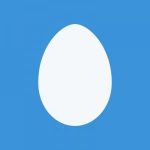 Trained in Ireland and holdind a bachelor’s degree in Animation.

Experienced in all stages of the animation process as well as co-ordination between different stages and departments along an animation pipeline.

BA Hons in Animation from Dun Laoghaire Institute of Art Design and Technology in Dublin, Ireland