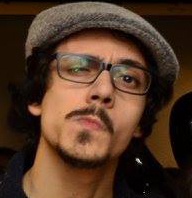 I’m a 2D Artist, Illustrator and 2D Animator raised and trained in the new media arena between cinema, videogames and web contents.
Since I was three I picked a pen on my hand and I started to scribble improvised
characters everywhere I could: on the school desk, on tapestry and over the grumpy
faces of my mates. So in the following years I started working for some personal projects and I took part as an artist in some professional collaboration with small studios. After finishing my education, I spent four years in the animation industry where
I fostered my classical art knoledge and passion for characters and stories into my lifelong passion and job for animation and visual storytelling.
I have a strong understanding of art theory, traditional design fundamentals and frame by frame traditional animation; in addition I’m used to teamwork and I’m specialized on character art.
My work generally consist in collaborating with writers, programmers, sound designers and directors with the common purpose to create and maintain the clarity and functionality of design identity. I design model-sheets, animations and sometimes backgrounds; I organize research materials as a moodboard for the entire team and I create rough storyboards for the animators. I designed and animated hundreds of characters and I never stop to have fun and imbue all my creative endeavours with heart and enthusiasm. This is so natural for me, so I believe I could be a precious asset for your team.