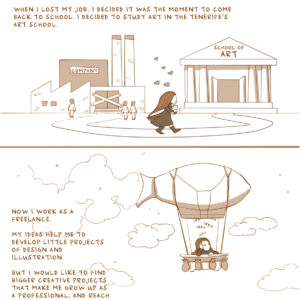 Comic illustrator, concept artist, graphic designer. I have been working for several years in the Software Development area. I am able to draw with mastery of perspective, mastery of anatomy, my line style usually is clean, and I have good sense of narrative pacing and character expresions, body language, etc.

I am good at conceptart, character designs, visua storytelling and moods. I usually work with Clip Studio Paint, but I can also work with Photoshop, or Illustrator.