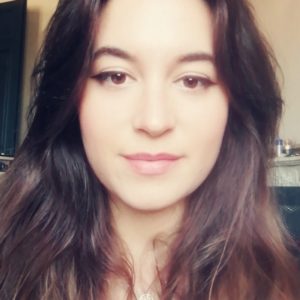 I am Marina Samper and I am a 2D animator/Illustrator artist based in Barcelona, Spain. I’ve been working in the animation industry both in Barcelona and in France (Angouleme) carrying out the tasks of Background and Prop design and for a year and a half as a 2D animator for a TV Series.

Now I try to increase my skills every day to get better than the day before.
I love challenges and always look for new adventures in order to highlight my strengths and improve my weaknesses.

ANIMATOR 2D
2d3D Animations Studio
July 2018 – November 2019
Angouleme (France)
I have worked on the production of the series “Moi, Elvis Rivoldi” in France. During this year and a half I had the great opportunity to meet and work among great professionals of this sector. As I’ve been observing and asking for advice, I’ve not only learned how to make a good use of the program Toon Boom Animate, but I’ve also learned step by step to become a better animator every day.

BACKGROUNDS & PROPS DESIGNER
Teidees Audiovisuals
September 2016 – May 2017
Barcelona (Spain)
I’ve collaborated in the production of the series “Misha, la gata violeta”, emitted by the channel Súper3. These were my tasks:
Watch carefully every storyboard given to me
Design and illustrate every background for each escene
Correct the errors of the past backgrounds

MARKETING ASSISTANT
Surkana
May 2014 – October 2014
Barcelona (Spain)
In charge of the collections of Spring-Summer and Summer-Autumn:
Brochures and magazines layout
Creative development for multi-channel
Image adaptation to sales point
Development of graphic material in own shops