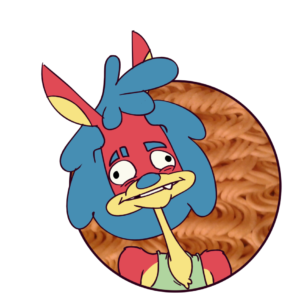 Resume posted by Allenpryor in Generalist.

Animation, Video compositing, and Visual Development artist with a background in digital and Traditional Background painting.

Bachelors Degree in Animation from “California College of the Arts”: studied traditional and digital animation principals and artistic disciplines from industry professionals. I have further studied, Story structure, Visual Development, Character Design, Visual editing and cleanup work, Sound design for Animation, Acting and voice acting for animation, Storyboarding, paper animation, 3d animation and 3d modeling in Maya and further training in film composition and compositing. I was often called upon by my colleagues to help with meeting deadlines while completing my own work in a time-sensitive environment.

I recently was given two segments of the “King of the Hill Reanimated Collab” and completed them well before deadlines above expectation: I had produced the first segment as an animated, detailed digital painting. Once completed I moved on to work on a portion of the title segment in Toon Boom Harmony as flat cell-shaded animation on ones over a digitally composited video background.
Before the above example, I had also volunteered to help a close friend and colleague in the “Oney Plays’ Totally Tubular Collab” as a background artist, video editor, and prop animator under the direction of said friend.
between both of these, I worked as a Character Animator for a “Teddy” project. This project was abandoned by its creator. I created animated puppets in Adobe Character Animator and Photoshop using RAW image Files.

Before working in animation I sold paintings/artist Prints and was hired as a freelance muralist. I have Managerial experience as an associate manager at my most previous paid position with Blick Art Supplies, and as a Shift Supervisor in the position before that at Boston Market.