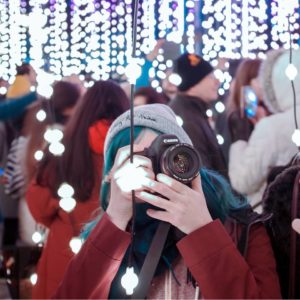 Resume posted by mo in Generalist.

Hi!
I’m a 27 year old assistant director who currently work in fortiche prod.
I use to be compositing artiste and I went to a 3D school (so I can do modeling and other stuff too).
I love to work in animation and whould love to move around the world to work in a foreign country!
I’m also a photographer on my spare time.

In high school, I graduate in science. Then I left the country side to study in Paris. I went in IIM study 3D and movie directing for 5 years. At school we learned 3D and management at the same time, so I can either do some 3D/animation or manage a team.
At the end of the 4th year we had to produce a pilote of a web serie in 3D with the application form to get financial help ect.. the exercice was hard but very interesting.
In this team, I was the director for the pilote and one of the two script writer (and of course I help for the modeling and the compositing) It was super interesting to be a part of a dynamic team as everyone had his role.
I really thing this is why I’m an assistant director now and aspire to be a director at some point. I really like to be a part of a team and organize the project to help everyone to do their best.
I also study video games for the 1st year at my school =)

My first job was 3D artist generalist, I worked for Gaumont animation (paris) on Caliméro, a 3D show (modeling, posing for marketing, render, and compositing).
Then I went to China (also for gaumont animation, in GDC shenzen) and did some compositing for zoom the white dolphin, a 3D show. I was there to help to studio to catch up with the schedule.
My 3rd job was at teamto as a 2nd assistant director. I worked on Angelo and Skylander academy (both 3D show). There I used to check the script (and do the breakdown), clean and verify the storyboard, work to produce the leadsheet of every episode, follow the production, verify the layout and animation with the director then check the retake, and check the compositing.
I did kind of the same in Gaumont animation but this time for a 2D show Belle and Sebastian.
Then I took My first job as a 1st assistant director in passion picture. I was On two show, one in 3D Rocket and groot, one in 2D antman. I was supervising both of the production at the same time. Rocket and groot was between 3 studio (passion picture, blue spirit and fortiche prod). I even did some compositing on antman.
After that, I went to Fortiche prod and I’m still working with them. We did different kind of project, 2 video clips, and we’re currently working on something big ( but it’s a secret ;) )
and on my spare time I do some photography as an amateur (wedding, photoshot ect)