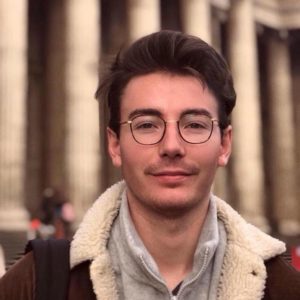 I am a visual development artist who specializes in Location Design and Character Design.

I have previous experience working on a high-quality TV 2D animated show as a background artist called Transformers Rescue Bots Academy in Dublin’s Boulder Media Studio. I’ve also written, directed and successfully produced my own graduate film “Whack Jobs” which has gone on to receive awards in the Dublin Animation Film Festival for audience choice award, at the Dingle Animation festival for best student short and at the Student Smedia awards for best student short film. Other nominations were received in RTÈ and the Manchester Animation Festival.

I’m a graduate of Ballyfermot College (BCFE) where I received an Honours degree in Animation. Some of my interests include creative writing, children’s book illustration, Film, and travel.

Completing backgrounds to a consistently high standard while meeting my deadline.

Practicing efficient file management to ensure files are organized for other production staff.

Ensuring naming conventions are correct and staying up to date in background techniques.

Working under the Art Directors guidance and supervision to develop background designs in line with the shows existing visual style.