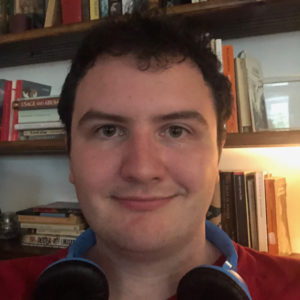 Recently completed a BSc (Hons) in Digital Animation Production from Limerick Institute of Technology. I enjoy the process of hand-drawn 2-D animation and audio mixing, and I find my strengths lie in character design, storyboarding and timing. I also have work experience as a Production Assistant, animator, and storyboard reviewer where I have developed skills in creating video content and short films, creativity and teamwork. Seeking to develop a career in the animation industry.

2014-2018: BSc (Hons) in Digital Animation Production.
Limerick Institute of Technology (Limerick School of Art & Design)
Key Modules: Illustration in Animation, Drawing Principles and Audio.
My specialty would be in Animation, Audio and Video.